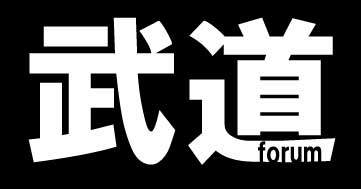 Il seminar è aperto a tutti purchè regolarmente assicurati.
The seminar is open to everyone provided they are fully insured.

L’iscrizione si effettuerà in loco prima del primo keiko.
The enrolment will be done before the first keiko.

E’ vietato l’utilizzo di qualunque tipo di apparecchiatura fotografica o video. The use of any kind of camera/camcorder is forbidden during the sessions.

Ethan Monnot Weisgard was born in 1957 in New Milford, Connecticut.
Resident of Denmark since 1969. Ethan is married, with two children. Ethan
is uent in the Japanese language and was an o cial interpreter when the
late Saito Sensei held seminars in Europe. As well as being a professional
Aikido instructor, Ethan works as a musician (drums/percussion), Japanese
culture specialist and tour guide in Japan.
Ethan Monnot Weisgard was one of the chief instructors in the Copenhagen
Aikido Club in Denmark for 27 years, before starting his own dojo,
Copenhagen Aiki Shuren Dojo in 2003. Ethan Monnot Weisgard began his
Aikido training under Takeji Tomita Sensei in 1976. Tomita Sensei is based in
Stockholm Sweden and was a close student of Morihiro Saito Sensei’s. Saito
Sensei was a direct student of the Founder of Aikido, O-Sensei Morihei
Ueshiba. Saito Sensei studied directly at the Founder’s side in the Iwama
Dojo for 24 years.
Ethan went to Iwama as uchi-deshi (direct live-in student) for the rst time
in 1984. At that time there were very few uchi-deshi and Ethan was
privileged to receive much attention during his stay there from Saito Sensei.
Ethan travelled frequently back to study with Saito Sensei, both as
uchi-deshi as well as soto-deshi (direct student living close to the dojo).
After Ethan’s rst trip to Iwama he started to study Japanese, to be able to
understand not only the details and technical points of his teacher, but also
to be able to get to know him as a person as well. Saito Sensei shared his
knowledge generously, not only in regards to Aikido but in so many other
aspects of life as well. He was especially gracious in teaching about
Japanese customs, etiquette and traditions. Ethan Monnot Weisgard was
appointed direct representative of Saito Sensei in Denmark.
Ethan has, from his time with the Copenhagen Aikido Club, acted as
interpreter and personal assistant for Saito Sensei at seven international
week-long summer camps in Denmark. Ethan Weisgard is the author of a
two-book set, entitled Bukiwaza, Basic and Advanced Aiki-ken and Aiki-jo.
Ethan has taught Aikido in Denmark, Sweden, Italy, Germany, America,
Russia, and even in the homeland of Aikido: Japan. Ethan continues to
practice intensively and travels frequently, conducting seminars throughout
Europe.